All About Florida Fishing 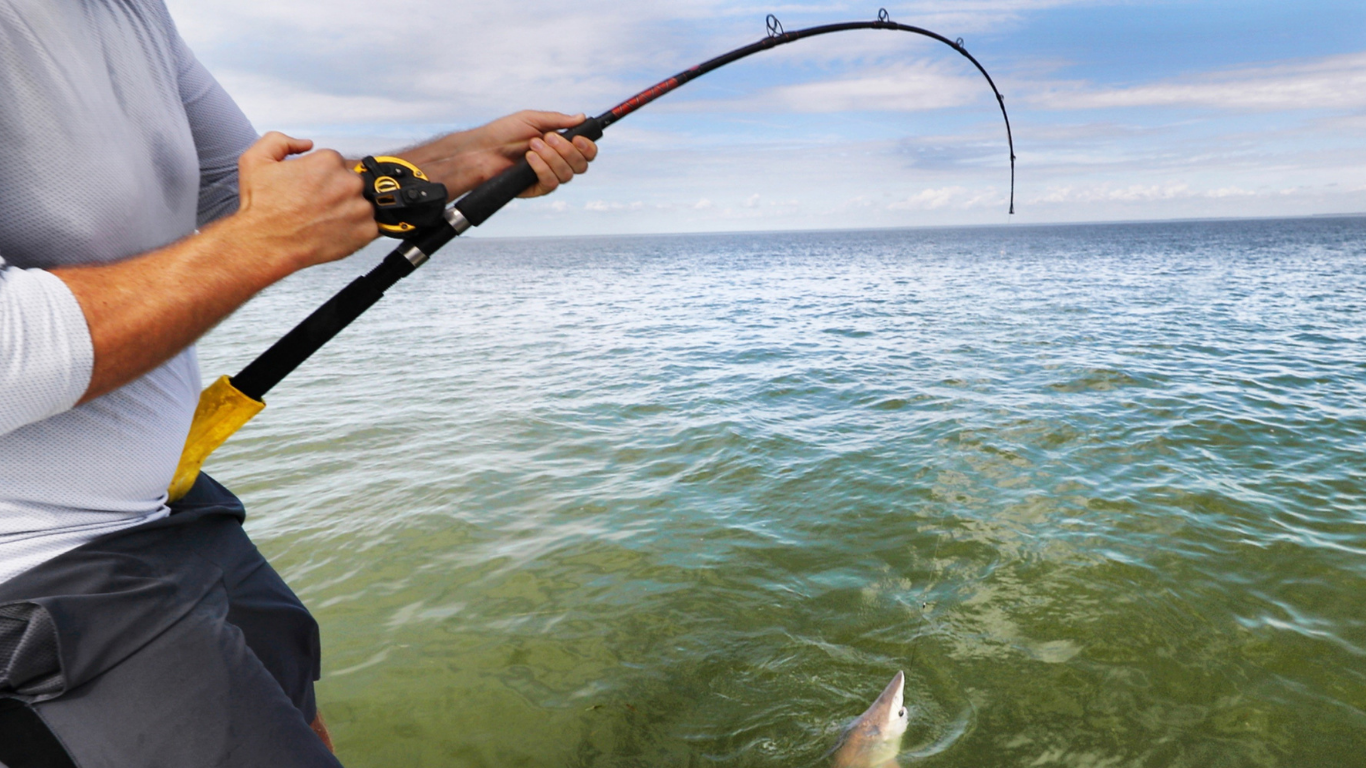 The Best Time to go Shark Fishing in Florida

Many anglers dream of reeling in a shark, and Florida’s coast is an ideal place to do this, but when is the best time to fish for a shark? There is nothing quite like the thrill of a pulling line when you know you have a monster catch on the other end. It is no secret that sharks are a challenge to catch. The pitbulls of the ocean, sharks, are a mixture of hundreds (sometimes thousands) of pounds of muscle, razor-sharp teeth, and tenacity!

So how and when exactly is the ideal time to lure in one of these magnificent creatures? We will discuss with you the perfect months for shark hunting in Florida, as well as several things you might find interesting concerning luring in the monster!

When Should You Plan Your Trip

Sharks roam the waters of the Florida coast year-round but are most plentiful and active in the summer months, specifically May, June, and July when the water gets warmer.

While many people might think the best time of day to catch a shark is at night, this isn’t necessarily the case. While it is true that sharks do feed at night, they also feed at dawn, throughout the morning, in the afternoon… basically, they like to eat and spend the majority of their days hunting.

Many expert captains and shark anglers agree that sharks feed all the time because sharks are proficient hunters. Sharks also have a highly acute sense of smell, and if something triggers one of their senses (specifically the sense of smell), they are ready to eat!

The desire to eat when an easy meal is available is a common trait in large predators higher up on the food change and developed out of necessity. Sharks have hundreds of pounds of muscle and require a lot of energy from their food sources to thrive. So if a shark’s senses pick up on an easy meal, you won’t have to ask twice; it’s going to eat.

Finally, if a shark is going to eat at any time of day, you might want to ask yourself, would you instead catch a shark when you can see what’s happening or at night when the thrill of the hunt is shrouded in inky blackness?

Where Can You Hunt Sharks?

Contrary to popular belief, sharks dwell all over the ocean, not only in deep waters. Sharks are often found within casting distance of the shore in many places. Smaller sharks are easily targeted from the shoreline or a pier—especially quiet, warm bays. If you are hoping to engage in an epic battle with a monster species, such as a Tiger, Bullshark, or Great White, your best chance will be to take a boat out into deeper water (100 feet or more) and target a reef or other underwater structure. Chumming is an excellent way to bring in the giants. Another method is to hunt for a whale carcass as larger shark species will feast off of the thousands of pounds of easy meat for days, even weeks at a time.

As mentioned above, sharks like to eat and don’t have to be very tempted for an easy meal. Smaller sharks often target anything dead or dying and smaller fish or invertebrates like octopus and squid. Because sharks have a heightened sense of smell, they will hone in on injured or bleeding marine life. Larger sharks can attack seals and turtles. The best bait for sharks is any fatty, oily fish like Spanish Mackerel, ladyfish, or bluer runners (bluefish). Always use something live as no artificial lures will tempt a shark. You want to engage their sense of smell and remind them that this will be an easy meal. In addition, chumming can be an excellent technique to bring in some monsters.

The largest shark (that we know of) ever caught weighed in at a whopping 3,450 pounds. Angler Donnie Braddick reeled in this Great White Shark off the coast of Montauk, New York, in 1986. Sadly, this monster catch did not count for a record due to Donnie’s line choice. The strength of the line was 150 lb. test, and the International Game Fish Association (IGFA) rules that the 1959 2,664 pound catch in Australia held the record due to the line weight exceeding 130 lb. 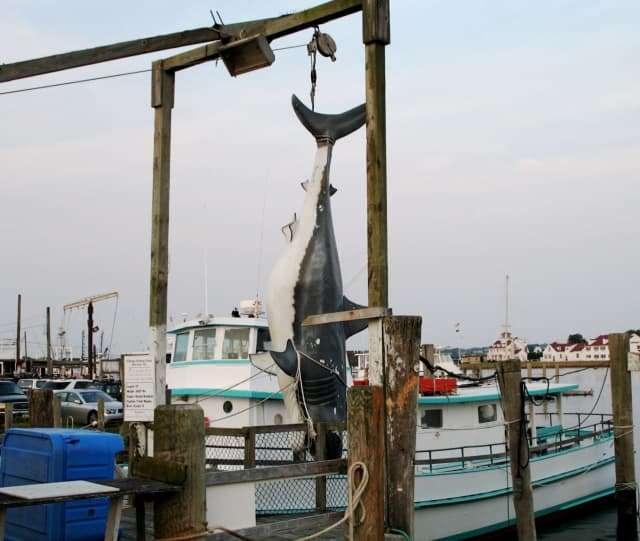 The largest shark ever caught and recorded in Florida waters took place off the coast of Pensacola. Richard Baggs brought in the massive Tiger Shark on June 20, 1981, weighing in at 1,069.06 lbs.

Are you curious about some of the largest fish-holding IGFA records? Check out our article exploring the top 17 here!

Due to their insatiable appetites and slow maturation, sizeable coastal shark species are highly susceptible to overfishing, making the regulations for shark fishing very strict. Only certain species are legal to catch and keep. Some examples of regulations include the following: the shark needs to land as a whole fish (head and tail included). This means no bleeding out the shark by cutting the head off on the boat. In addition, an angler can have only one shark on a boat at any one time. This means there can never be more than one shark on the boat at any one time, no matter how many legal anglers are on the boat hunting.

Always check the latest laws at the Official Florida Game and Fish Commission here before you fish. The strict regulations are another reason why it can be helpful to have an experienced and knowledgeable guide coaching you through the process to ensure no state laws are being broken and no high fines are coming your way! If you are hoping to keep your catch, hiring a guide can save you a substantial amount of money in illegal fines if you misidentify your prize.

Beyond Borders offers shark fishing charters for massive Bull Sharks, lightning-fast Blacktip Sharks, and Vicious Lemon Sharks, alongside other shark species. Our expert guides use conventional and fly tackle alongside a variety of techniques. In addition, we offer full-day charters or hour fishing charters, depending on your angler goals! However, most successful Shark fishing trips require a minimum of 4 hours due to the amount of time it takes to land such a large fish. We also allow springtime anglers the unique option of booking a combined charter trip for Tarpon and Shark if they desire.